​I began my career as a portrait painter in 1970 that spanned a period of thirty years. I met many lovely people and made good friends and had the opportunity to travel throughout the country and abroad. All the portraits were commissioned and therefore each one had to be both finished on time and successful from the client’s point of view. I could not afford to indulge in the cathartic experience of destroying the work because of my dissatisfaction. This was often very stressful.
​The pose and position of the head suggests an aspect of the sitter’s character.   I want the pose to be seen as a lasting pause rather than an interrupted gesture and I want the position of hands to tell a story. Amalia talked to me about her childhood in Budapest so she has a letter from her city addressed to her in London. Caroline holds a book and on the open page is the view of the landscape that she looked at during the sittings. Teddy holds his favorite cap as he sits in his favorite chair.
​I design the backgrounds independently but as an integral part of the portrait and composition. Sir Bryan Cartledge sits in front of an architect’s sketch for an extension to Linacre College in Oxford where he was the principal and to his side is a model of a Russian orthodox church. He was our ambassador in Moscow.
In a portrait the head is the focus but the area that it covers on the canvas is relatively small in relation to the whole and therefore every square centimeter needs to be considered. 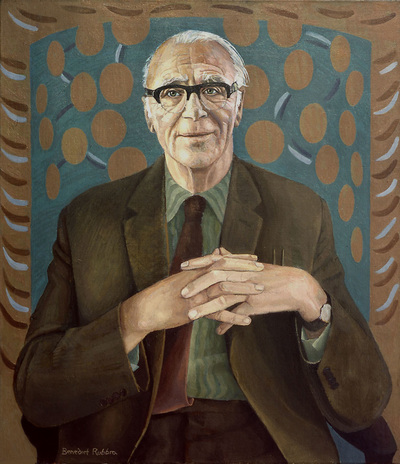 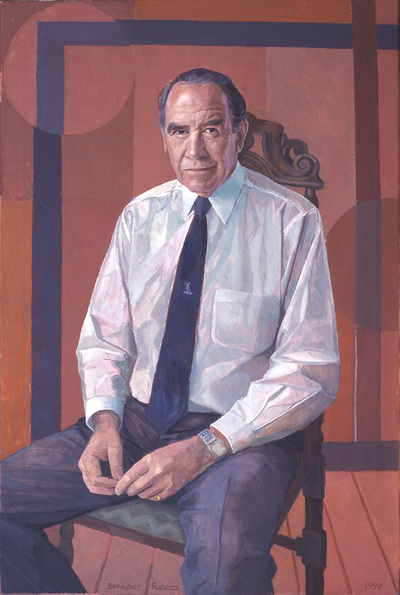 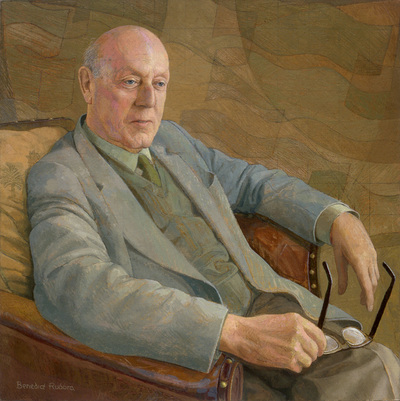 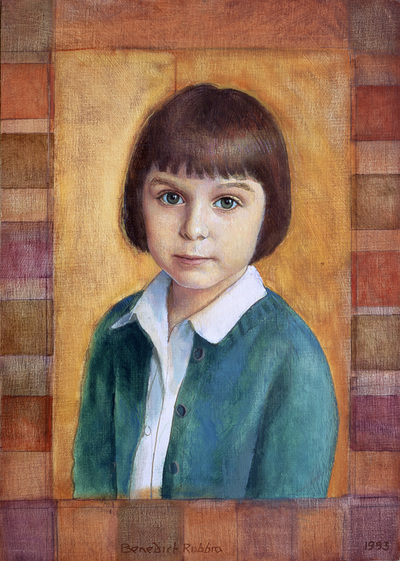 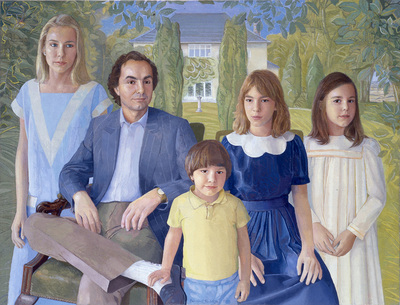 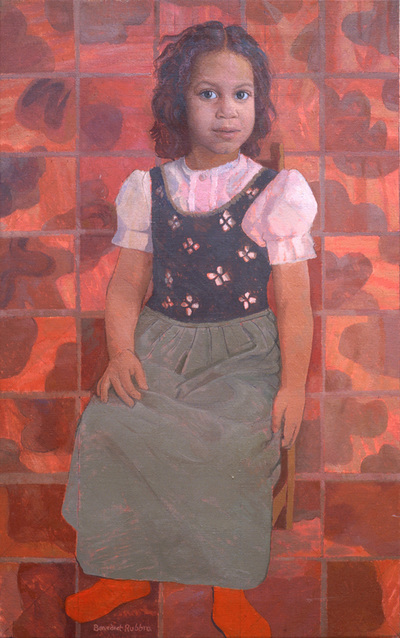 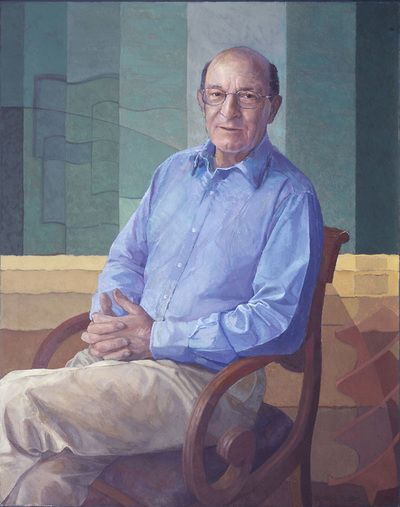 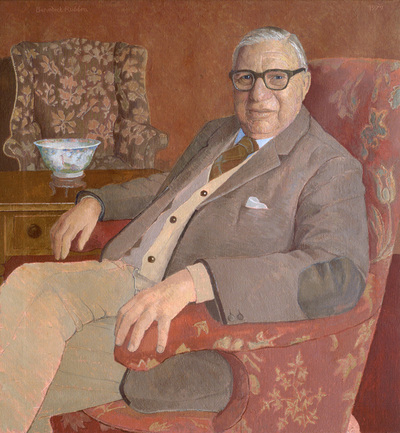 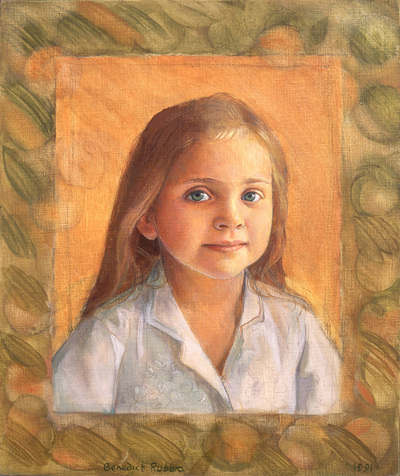 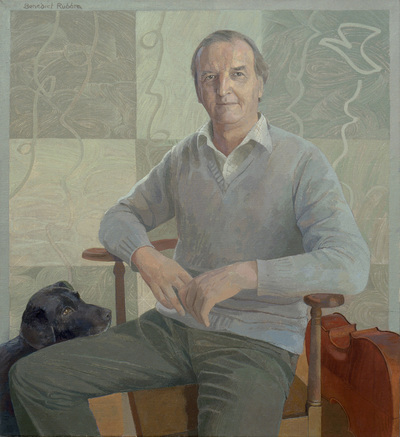 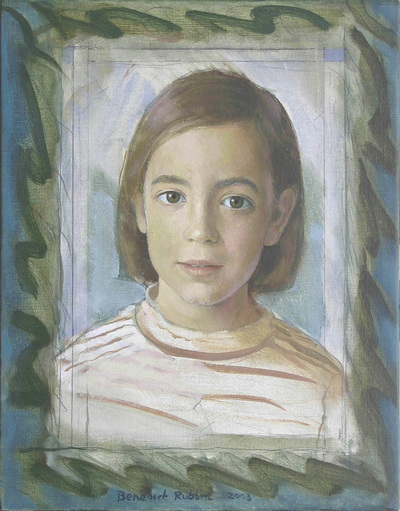 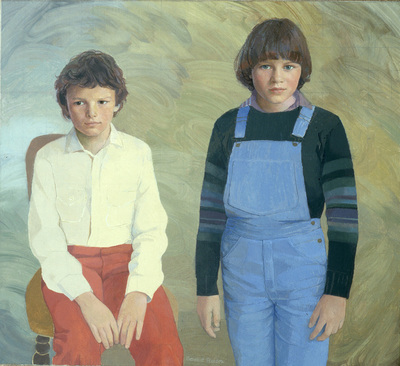 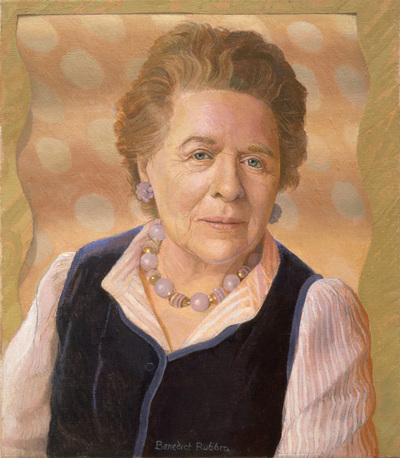 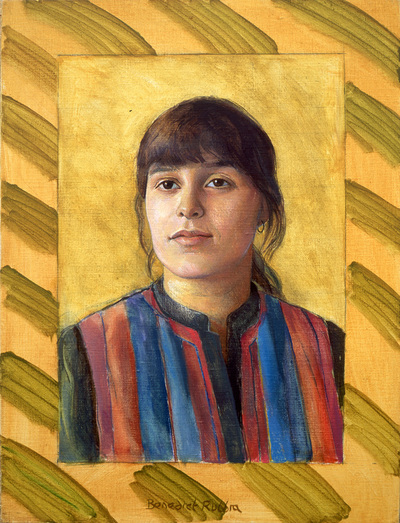 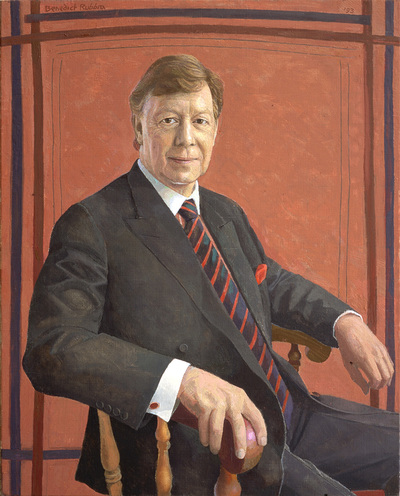