When I listen to music I see a series of lines moving in a forward direction within a time frame.
​These lines re form into a space of sound and rhythms in which I can move.
​The Four last songs by Richard Strauss

An idea is transmitted into a poem and then re formed into music. I then re construct the poem and music into a painting.

Each poem suggests to me that the beauty of a life is manifest in its conclusion and it is in this conclusion where the serenity of a fruitful and completed life is found.

The music develops this concept of completeness by seeming to form a continuous line between beginnings and endings. I am entranced by the opening melodies and concluding chords that seem to be inextricably bound together to create a magical circle of sound.

The paintings follow references in the poems to the changing light in a landscape and the fading of the seasons. The concept of continuity is maintained by repeating the colour gold in each of the paintings.
At dusk
The poet and his companion are contemplating their life’s journey that has passed through a landscape of light and dark. Four painted bands of gold point upwards and blend with the opening surge of music that celebrates the achievement of their beautiful life together. The voice then travels gently over the line of hills and valleys and the quiet pulse of drums mirrors the dark circles that lie just above the fading light. Patches of light appear in the blue dusk and two lines in the painted landscape quiver in time with flutes that become two birds. The poet and his companion fly peacefully away into the evening haze.

Going to sleep
The music begins with a gentle sway of sound evoking the longing for sleep and the painting begins with blue that becomes the night-time space where the poet can dream of entering into a magical world of light and hope. Then the line of the voice breaks into moments of anguish with thoughts of a concluding life. At this point I needed to introduce a flowing line of blue that would guide the poet through his past life and I wanted this line to weave over a geometric form that would echo the steady pulse of the music. I add ribbons of gold and bands of light as the song concludes.  The poet hopes to enter into a world where he can live a life more intense than before.
Spring
The poet enters into the realm of old age and he dreams of spring in rhythm with the eager line of the voice. This voice seems to search everywhere, as if time is running out, for the road that will take the poet back to his youth. Flowing bands of sunlight caress the green and the ribbons of gold burst upwards into a spray of light as spring is regained. The black lines and the shadows cast doubt on the poet’s happiness as he revels in the miraculous but fleeting return to spring and his youth.

September
Four gold circles are slowly being obscured to mimic the fading summer light. A line that is the voice weaves down through the centre of the painting. There are gentle quivers of sound like falling leaves that travel with this voice as it contemplates the fading garden bloom. Four strands of rain soak into the ground and summer hesitates in the diminishing light before finally departing. The darkening form at the base of the painting is ready to accept the poet.
See the gallery below for more images of my work. 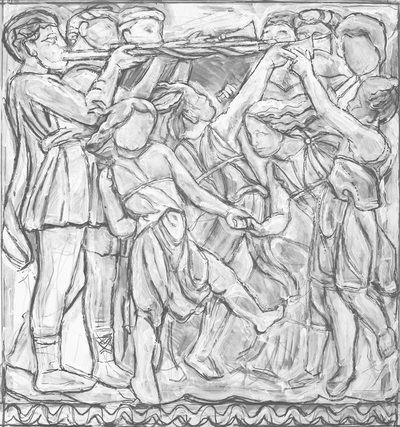 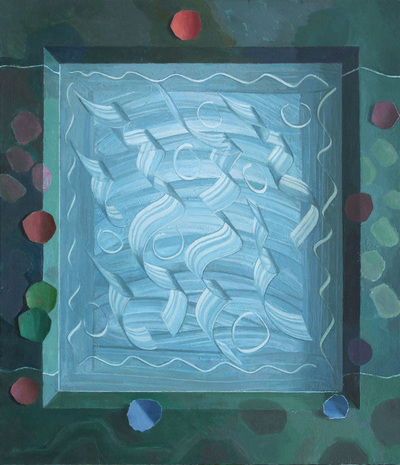 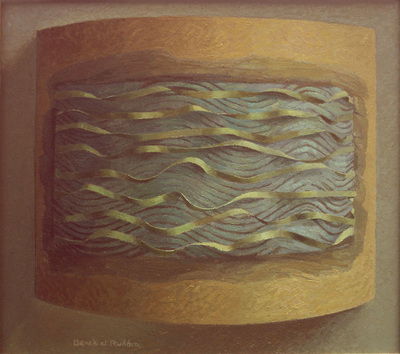 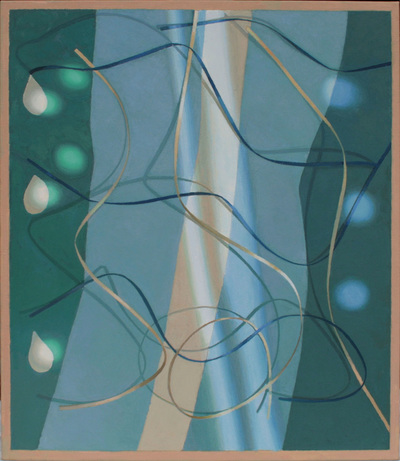 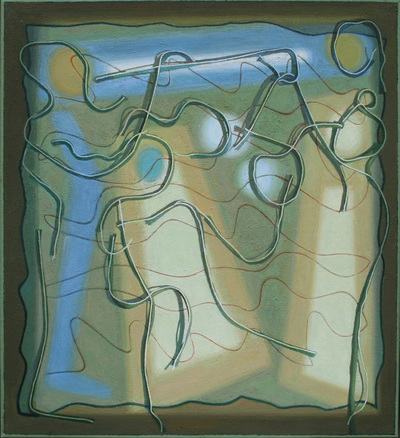 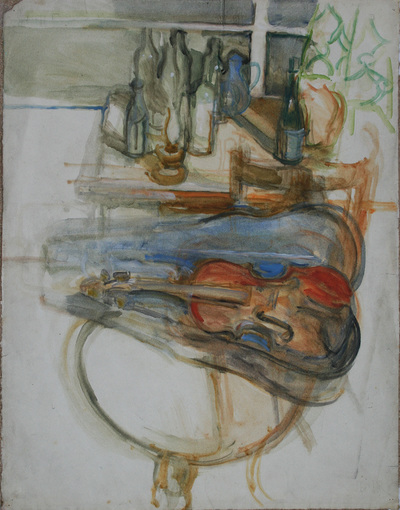 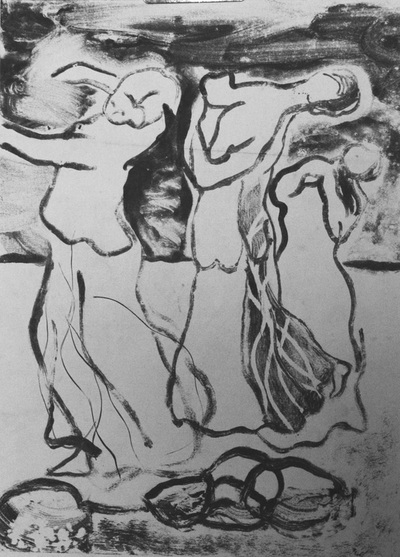 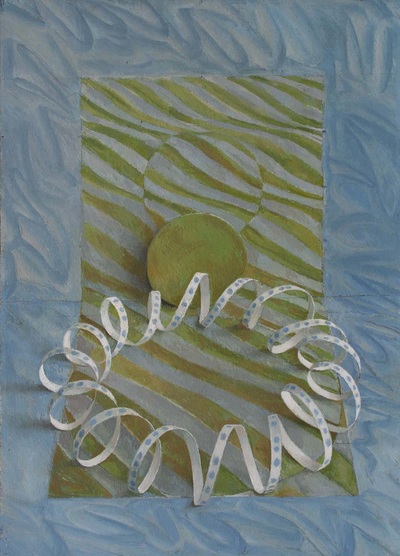 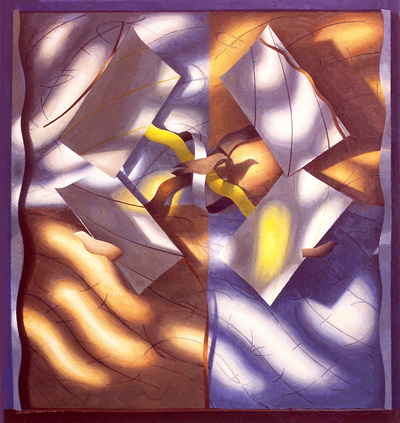 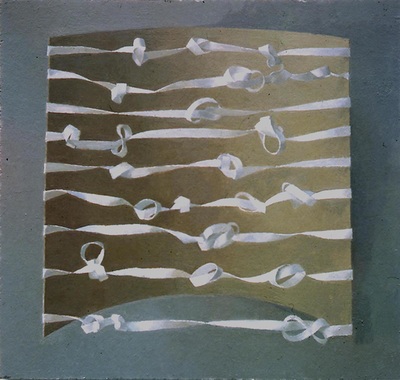